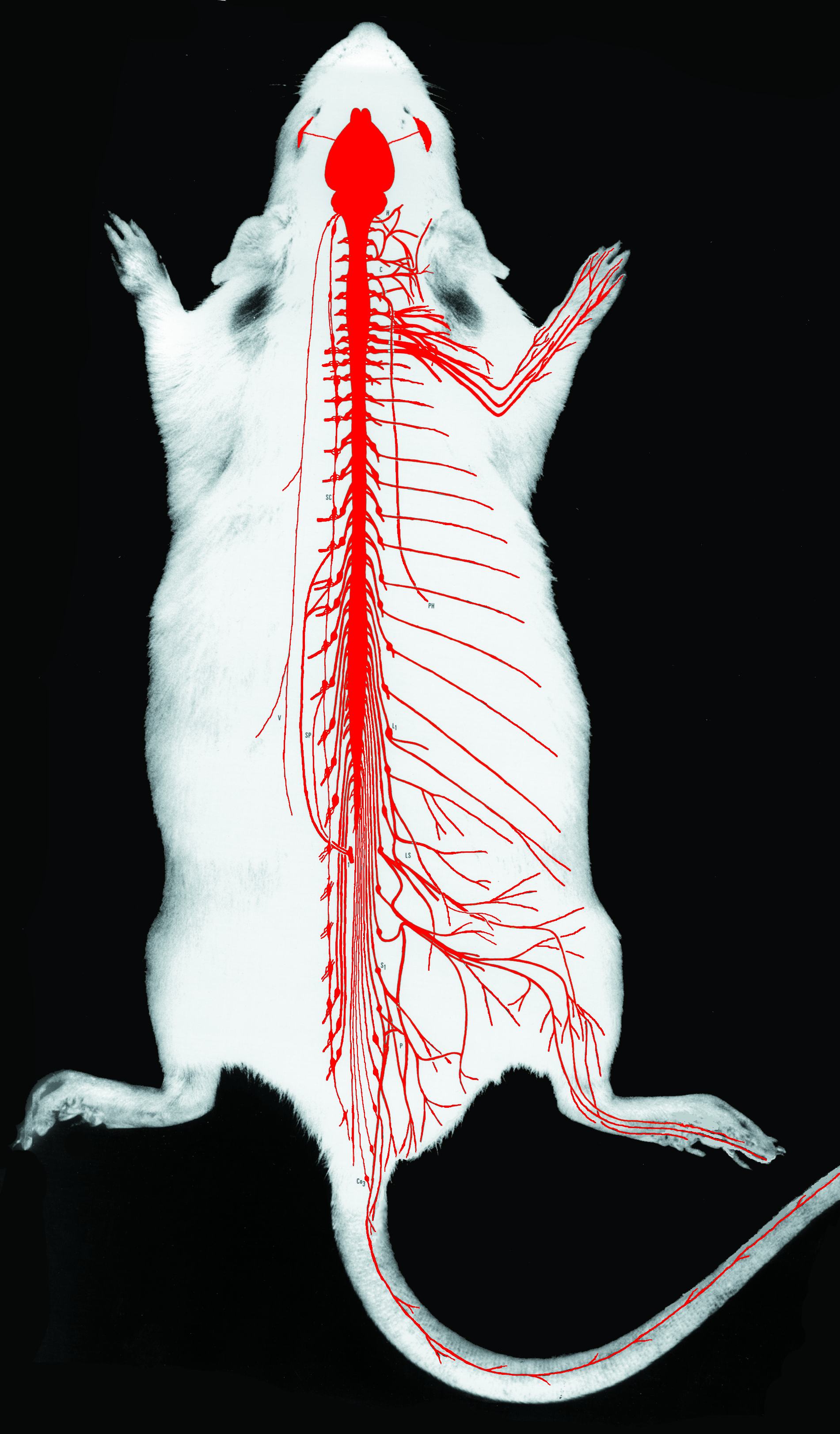 Larry Swanson and Mihail Bota began a systematic analysis of the rat neurome (the complete nervous system connectome and its connections with the rest of the body) around 2013, starting with the cerebral cortex at the rostral end of the central nervous system. Olaf Sporns has collaborated since the beginning with network analysis strategies, and Joel Hahn joined the collation and analysis effort in 2015. Currently the team consists of Larry Swanson, Joel Hahn, and Olaf Sporns.

Here is Larry’s first article on the topic, followed by an illustration of the results (cortical association circuitry version 1.0, highlighted with a black background) presented in the context of a central nervous system flatmap that shows the major white matter tracts (central and peripheral) of the nervous system as a whole. PDF of the illustration below (can be opened in Adobe Illustrator): 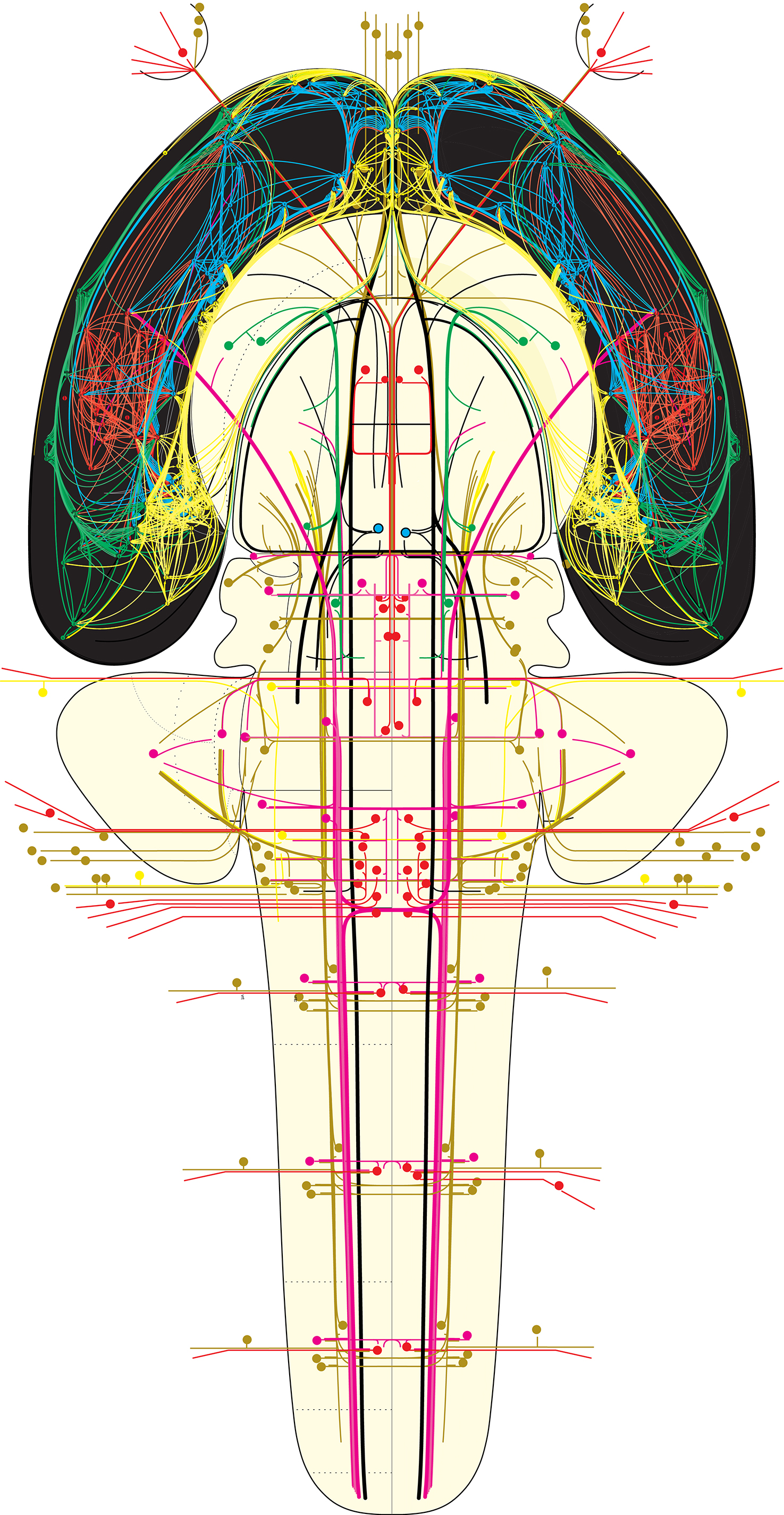 The extent of the first phase of The Neurome Project is shown below in the connectome of the whole central nervous system, with its matrix of 503 gray matter regions, on the right (B). The topological relationship of the four cortical association connection modules are shown in (A), color coded as in the preceding flatmap illustration of central nervous system connections, with the cortical association connections at the top.

Here is an overview of progress on the Rat Neurome Project so far:
Neurome progress 2018 January 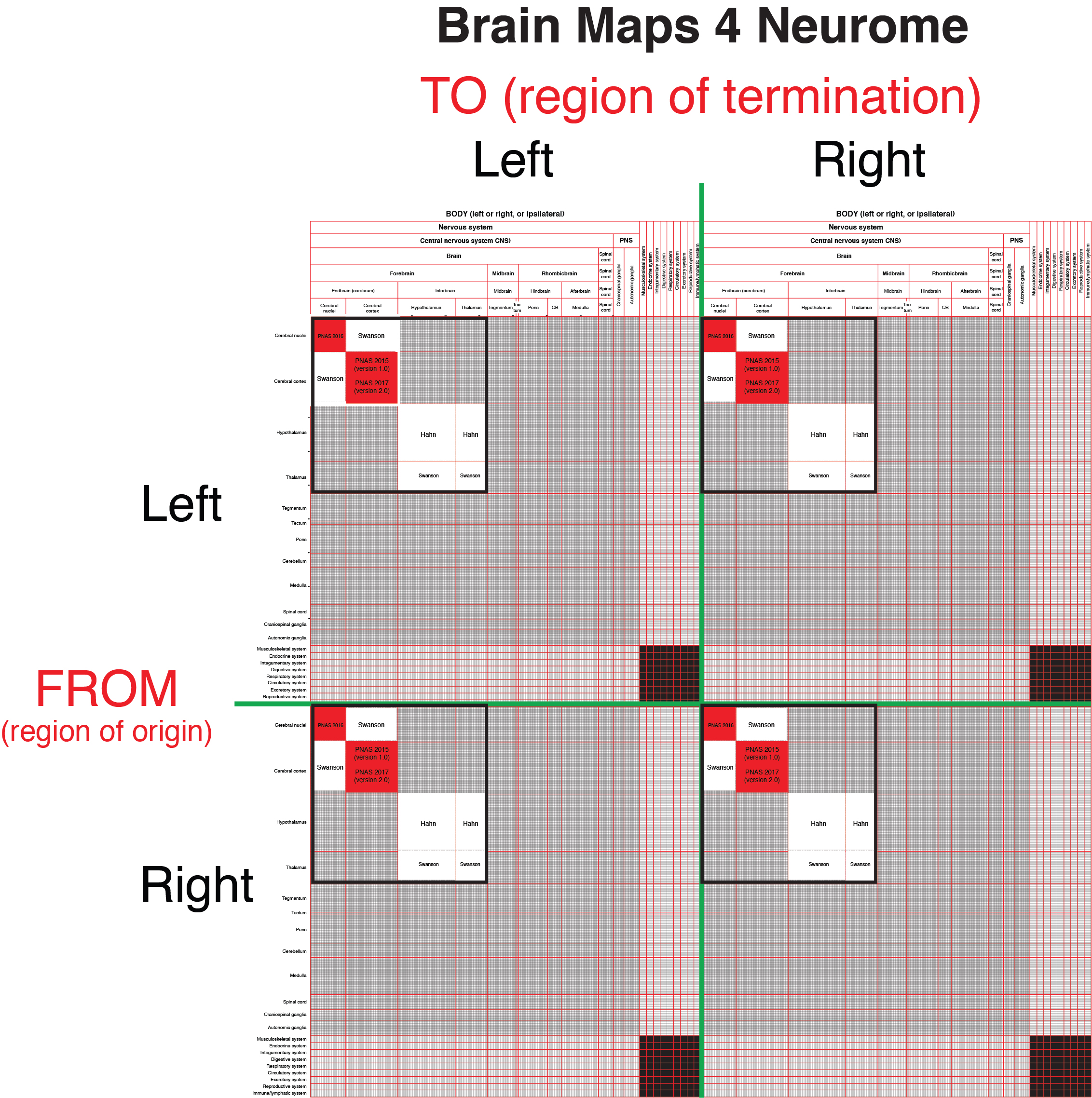 Nomenclature for further development of the Rat Neurome Project is based on the fourth edition of Brain Maps.

Visit The Neurome Project for a very useful array of information, including references to published connections in the rat.

2. Simmons, D.M. & Swanson, L.W. (2009) Comparison of the spatial distribution of seven types of neuroendocrine neurons in the rat paraventricular nucleus: toward a global 3-D model. Journal of Comparative Neurology 516:423-441.