Larry’s always evolving understanding of how nervous system form and function interact to produce thinking, feeling, and behavior is laid out for 2012 in this book published by Oxford University Press, 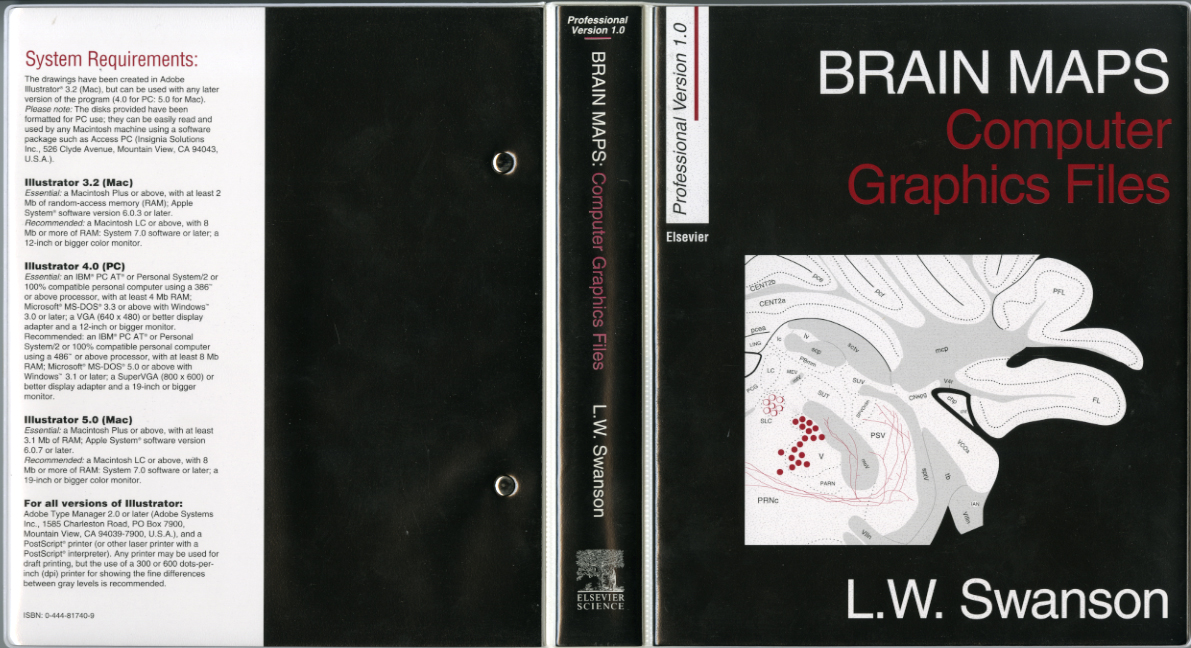 Larry has also published two complementary atlases of the rat brain, one for the adult and the other for the developing embryo. The first edition of the adult brain atlas was published in 1992 and it had three unique features. First, the maps were drawn in Adobe Illustrator and they were the first computer graphics atlas of the brain published in any species, with the illustration files also available separately (1993; see photo above). Second, a complete and systematic, hierarchically organized set of annotated nomenclature tables was the first of its kind, and became the cornerstone of our future work in neuroinformatics (attracting postdocs like Gully Burns and Mihai Bota), which requires internally consistent and complete parts lists for tables used by database, or really knowledge management system, inference engines. And third, it presented a bilateral flatmap of the rat central nervous system, displaying the gray matter regions outlined in the atlas and presented in the annotated nomenclature tables. These are the books, and accompanying computer graphics files:

These atlases were complemented by a photographic atlas of the rat brain with Larry Kruger and Sam Saporta:

Because of the importance in science of clearly defined and systematic terminology, Larry also undertook in the late 1990s a re-examination of terminology used to describe the human nervous system. The results were published in 2014, and lay out a complete system for gray matter regions and white matter tracts in both the central and the peripheral nervous system. Current work is aimed at forming a bridge between nervous system terminology in humans and rodents, with a long-term goal of creating a terminology that can be applied to all mammals for use in neuroinformatics platforms. This would greatly facilitate bridging the gap between experimental systems neuroscience research in animals, and the more translational research now being carried out in humans, especially with brain imaging in living subjects. This is the recent book: 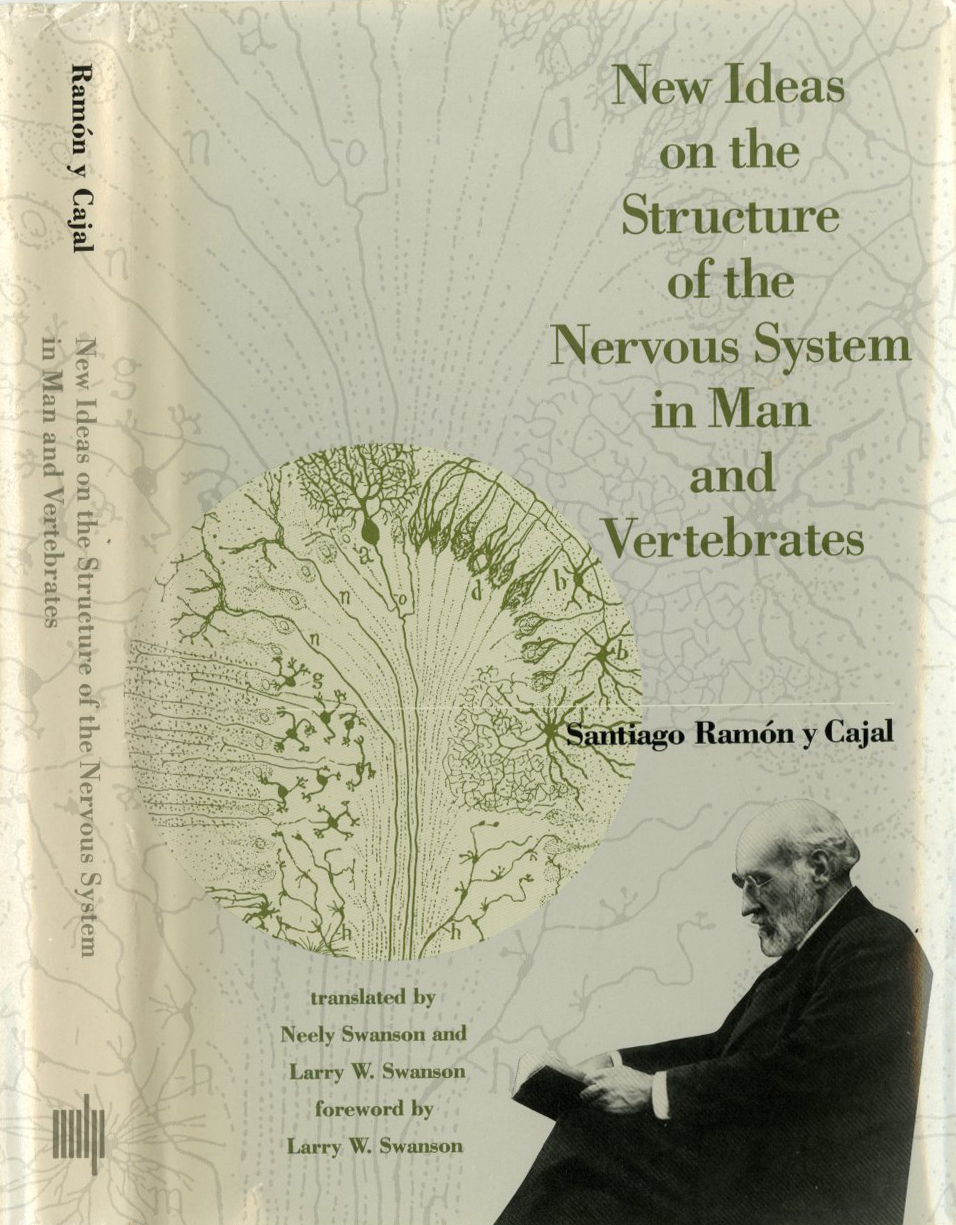 An historical perspective is always useful in any field. It is universally recognized that the Spanish Nobel-prize winning scientist, Santiago Ramón y Cajal (1852-1934), was the leading founder of modern neuroscience in the late 19th century. Because of his great and lasting contributions to the field, Larry and his wife Neely have translated three of his books. The most important is his comprehensive two-volume masterpiece, Histology of the nervous system in man and vertebrates, with the first edition in Spanish (1899-1904), and the revised and expanded second edition in French (1909-1911). We translated the definitive French edition:

Before translating the huge volumes, however, we took on the seminal precursor, which was originally published in Spanish (1892), German (1893), and then French (1894). Our translation of the French edition of this minor classic came out as: 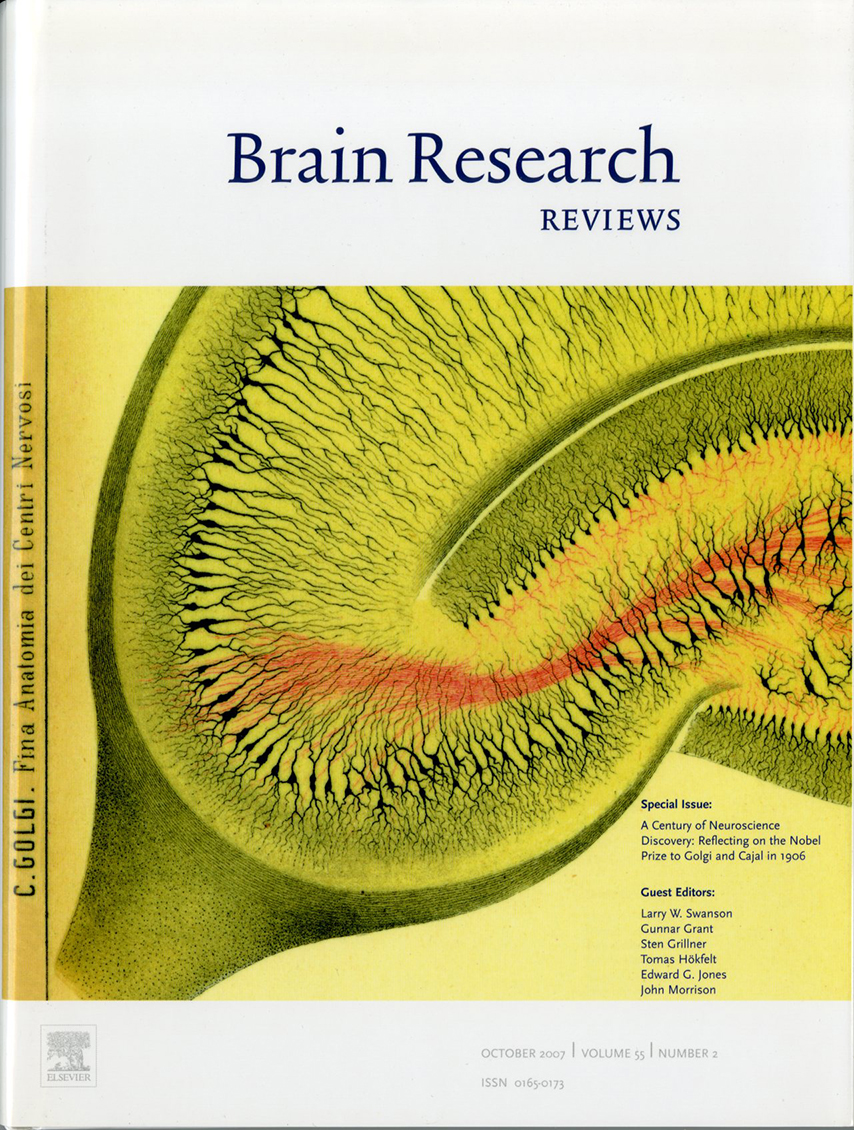 Larry has also had the pleasure of editing with others a number of books on a variety of neuroscience topics: 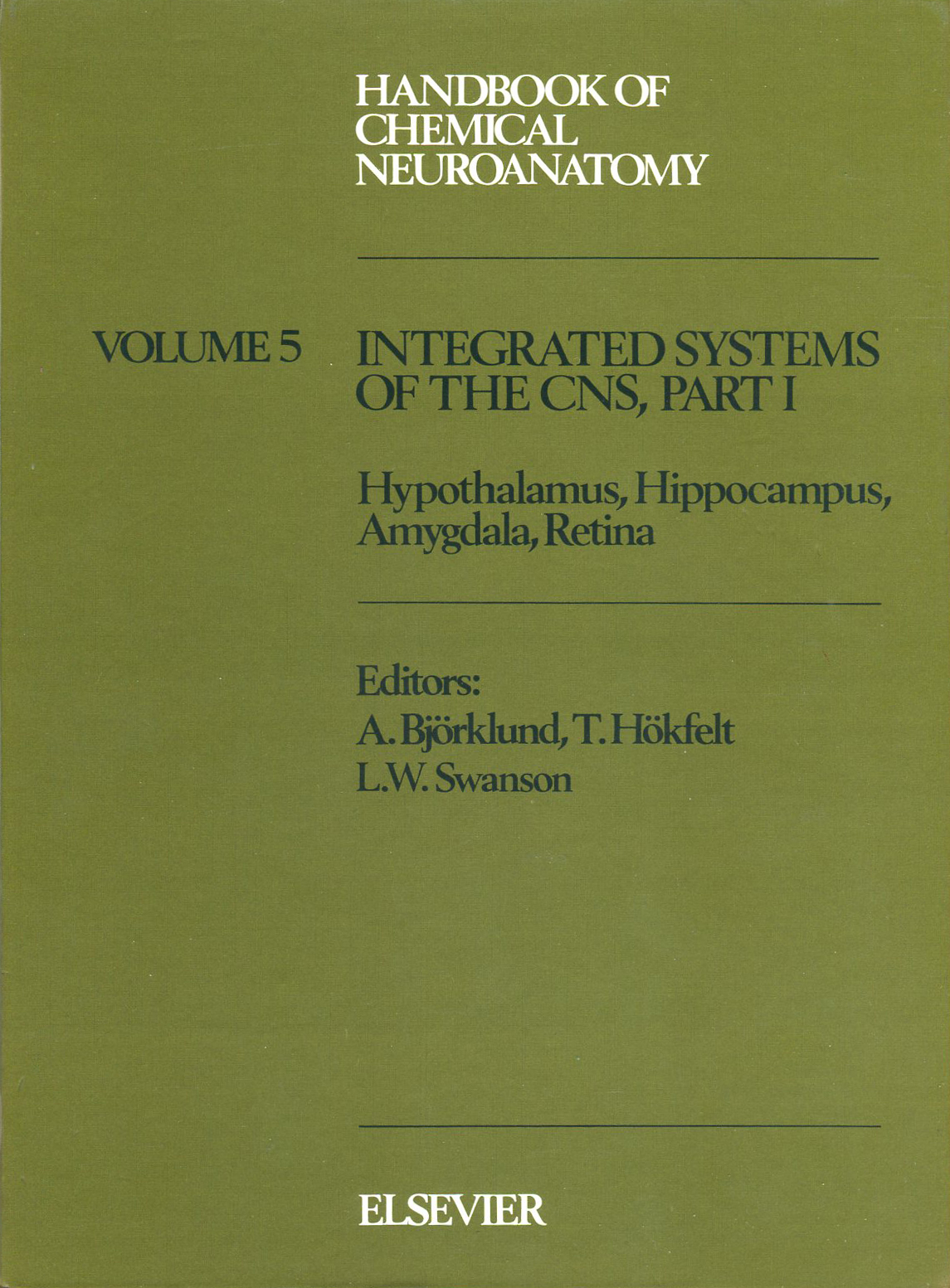